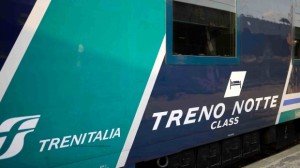 Two train stations very close to one another can be easily confusing the first time around. Whether your station (gare) is Paris-Bercy or Paris-Lyon depends on whether your train is a night train or a day train, if you are taking your car with you, if you are traveling to Italy or one of three particular French destinations. No TGVs leave from Bercy; they leave from Paris-Lyon.

In preparation for our night train voyage to Venice, we took a stroll to reconnoiter our departure from Gare de Bercy. The Gare de Bercy is not next door to Gare de Lyon as I had thought. It was a walk outside for 15-20 minutes – without luggage. The night trains from the Bercy station go to Venice, Milan, Lyon, Bologna, Verona, Florence, Turin or Rome.

When you search on line or buy your tickets, check the station’s name. Use the French train system’s website, Voyages-SNCF, as a guide for hours, train station information, prices and for booking (you will be directed to their new website address shortly).

Transportation to Bercy
Metro: lines 6 and 14.
Buses:
Use Bus 87 if you are traveling between Champ de Mars/Eiffel Tower through Saint-Germain des-Prés, Bastille, Gare de Lyon, Gare de Bercy to its end station at Porte de Reuilly.

Find the route from your home/hotel/apartment to Bercy using the RATP website.

Hint No. 1
You can pick up your tickets in France at the train station and buy them directly from TGV or SNCF. If you plan to follow this method, put in “France” as your country on the form. If you put in another country you will be directed to a non-SNCF/TGV/Artesia site to buy your tickets (RailEurope).

Hint No. 2
You can only buy your tickets three months in advance. Exactly three months ahead, you will see great prices in first class compared to second class on the TGV. Night trains may not offer as much, if any discount, as the TGV, especially if you want first class couchettes for a couple (you pay a little extra to secure the third bunk).

More train information
Another helpful website for planning your trip out of these two train stations is Artesia.

SNCF/TGV trains (now called Franceitalie) travel to Italy and in some cases to Dijon, Lyon or Chambery.

© updated 2011 Colleensparis.com
Your HOTEL and APARTMENT RESERVATION is a contribution to maintenance costs of my BåLOG, WEBSITE and NEWSLETTER. Using GOOGLE helps, too. THANKS!

How Can I Find a Paris Taxi?