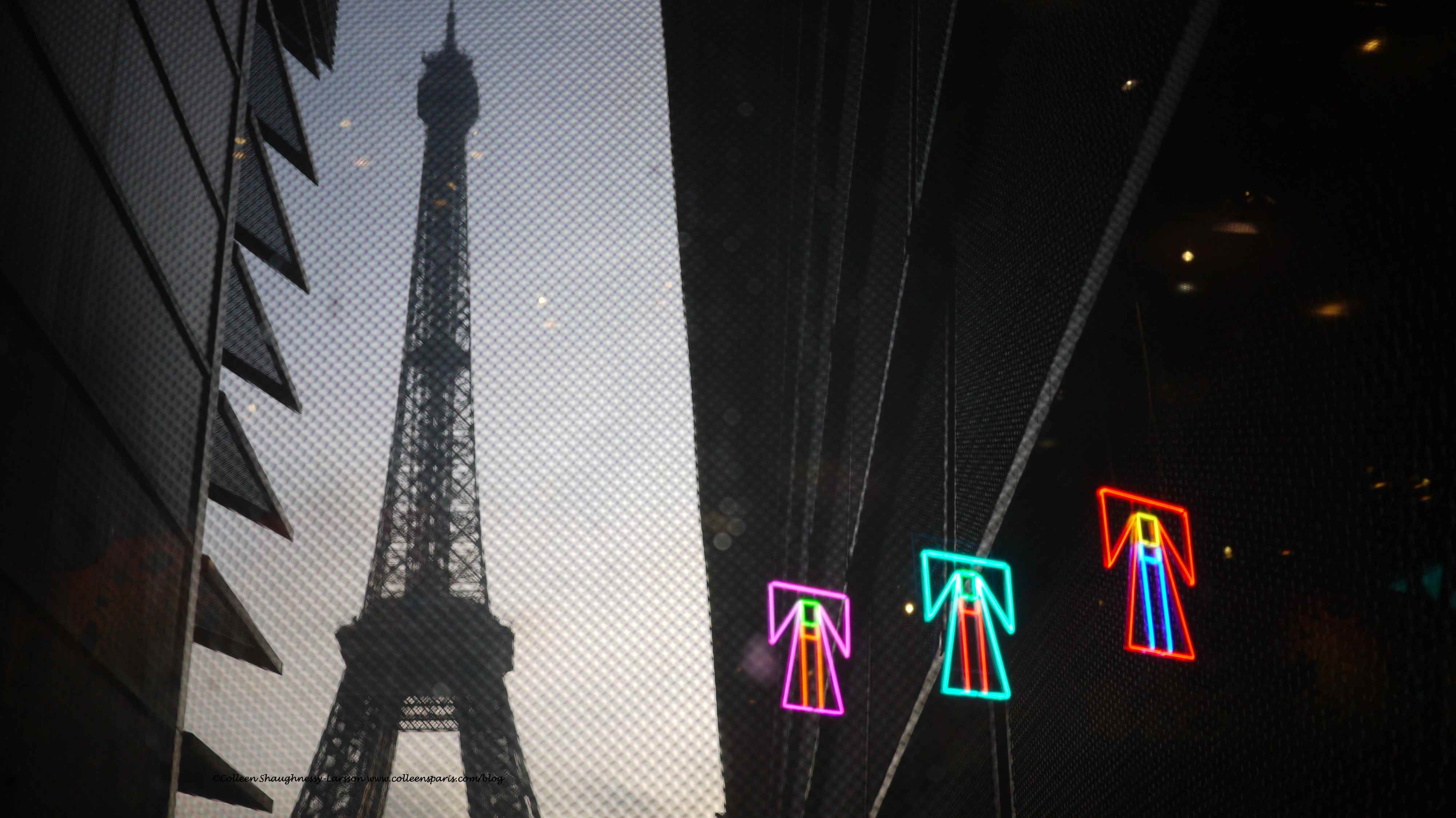 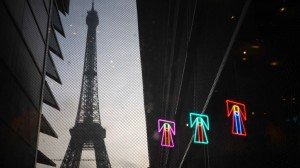 Once upon a time before the black chador of the Islamic fundamentalists and the western dress of an American shopping mall, before the Israeli War of 1967, Bethlehem was considered the “Paris” of Palestine. Before western dress began to take hold in the cities, women left their homes dressed in embroidered silks. Syrian women wore wide-legged, low-crotch pants and caftans, a style that dates back to the Persian era.

l’Orient des femmes on display until May 15, 2011 at the Musée du Quai Branly is a fashion route through the Fertile Crescent, the Near East, from the north in Syria to the Sinai desert in the south. The clothing designer, Christian Lacroix, and Hana Chidiac, curator of collections for North Africa and the Near East at the museum, guide us on a journey that touches down in Hama and Damascus, and the Hauran plateau in Syria;  Bethlehem, and along the Palestinian coastal towns of Gaza, and the villages of Ramallah and Beit Dajan. 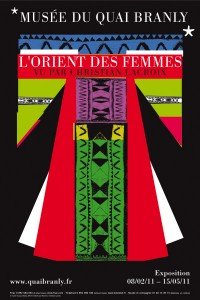 Moments and lifetimes have been embroidered patiently into the cotton and linen dresses, veils and headdresses on display. They used silk, satin and brocade fabrics imported from Syria and Lebanon. Embroidery on Ottoman Turk soldier uniforms influenced other designs. Veils protected Bedouin women from the blowing sands. The gold and silver coins, amber beads and shells passed on from mother to daughter sewn onto those veils showed their wealth. They were also decorated with amulets to word off evil threats.

Color plays an important role in the embroidery. The red is popular for fertility; blue symbolizes virginity and represents the sky, the sea and the full moon. Some designs relate to the number four with their own significance; four cardinal points, four seasons, four winds, etc. Designs that are non-symmetrical ward off the evil eye that searches for perfection.

The oldest garment on display is a child’s dress from the 1700s found in a Lebanese cave. The other dresses and coats in the collection are from every decade in the first half of the twentieth century.

Midway through the exhibit is a Lacroix-designed reading room. On display are watercolor illustrations and patterns typical of these Persian-style dresses and vests. They are painted and signed as “Edo”, a pseudonym for Elisabeth d’Aumale, wife of the General Consul in Palestine and Transjordan. Her collection of sumptuous garments dates from their tour of duty between 1928 and 1938. Dolls dressed according to their region are also on display in this side room.

The “Orient des femmes” collection acts as a geography lesson and is a reminder that women all over the world like good design and color. Hana Chidiac prepared for this exhibition by acquiring around 30 objects: dresses, coats, hats, veils and accessories. She then contacted private collectors. One of the collectors is the historian, Widad Kawar of Amman, Jordan. Mrs. Kawar has been assembling for over forty years one of the most exceptional collections of costumes and matching jewelry in the Near East.

An audio guide is available in English for parts of the permanent museum exhibition and for the exhibition, “l’Orient des femmes vu par Christian Lacroix“. You buy your tickets and ticket for the audio guide at a vending machine at the entry to the museum.

© 2011 Colleensparis.com
Your HOTEL and APARTMENT RESERVATION is a contribution to maintenance costs of my BLOG, WEBSITE and NEWSLETTER. Using GOOGLE helps, too. THANKS! 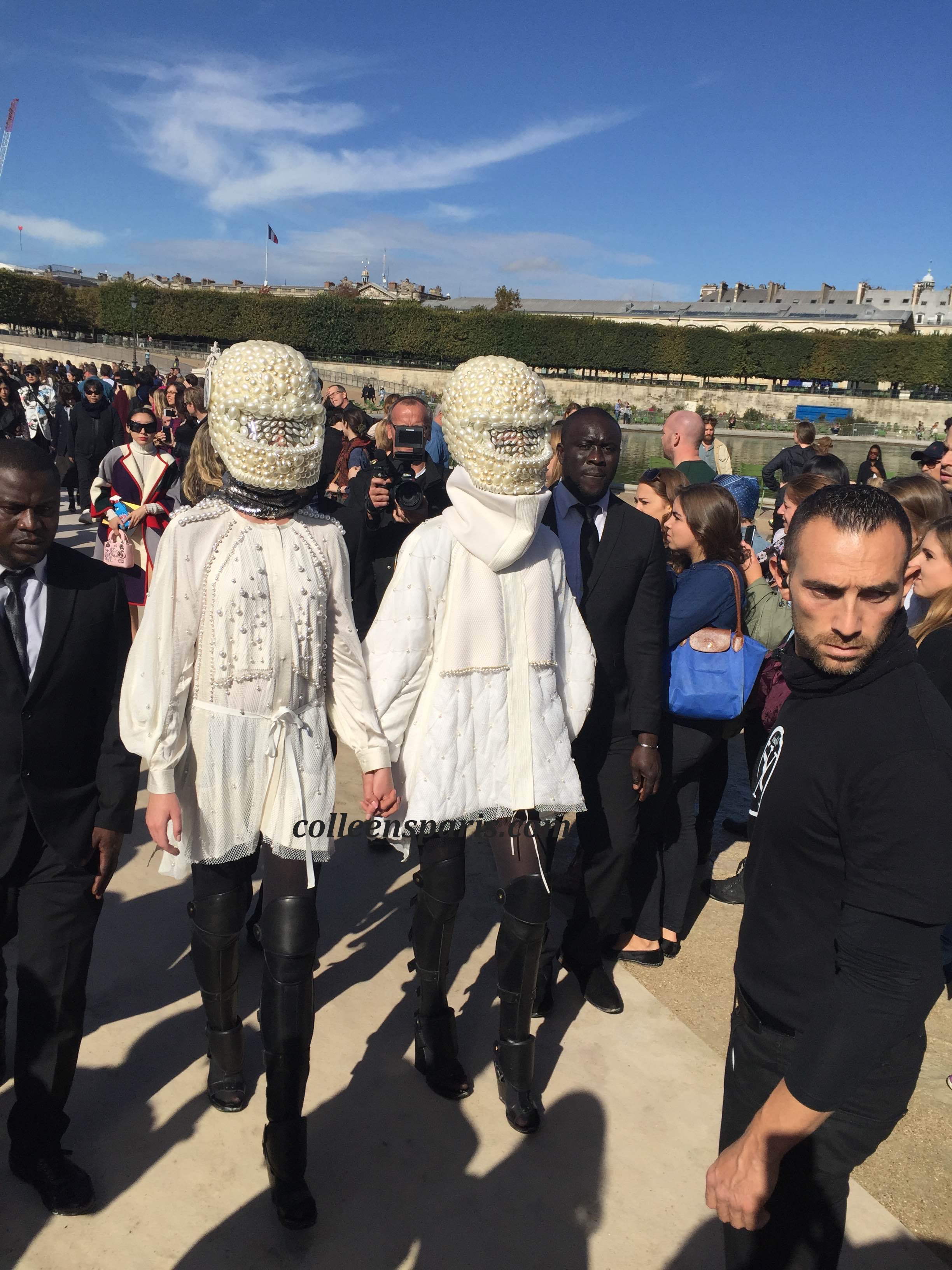 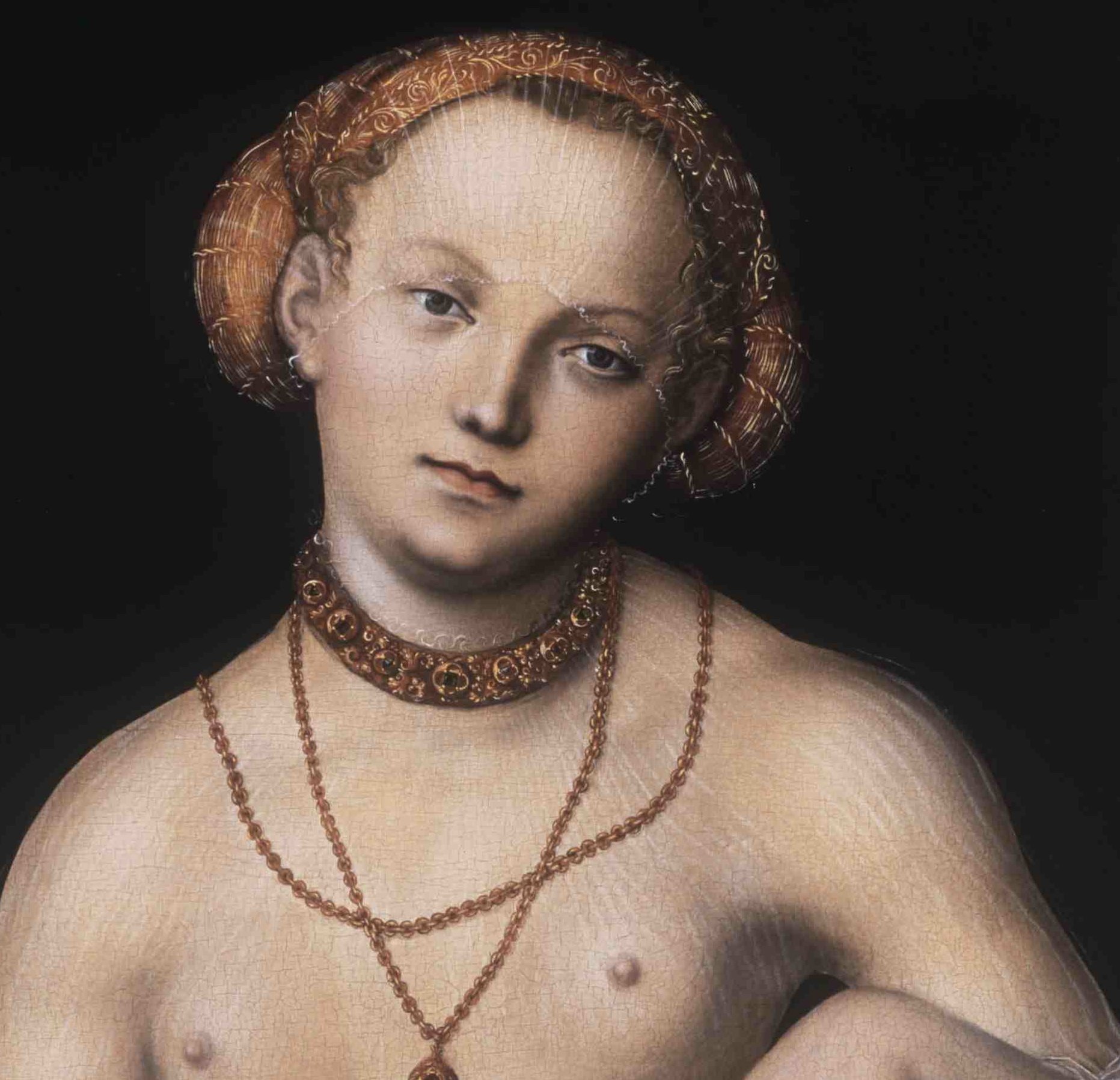 When Renaissance goes Modern in Paris 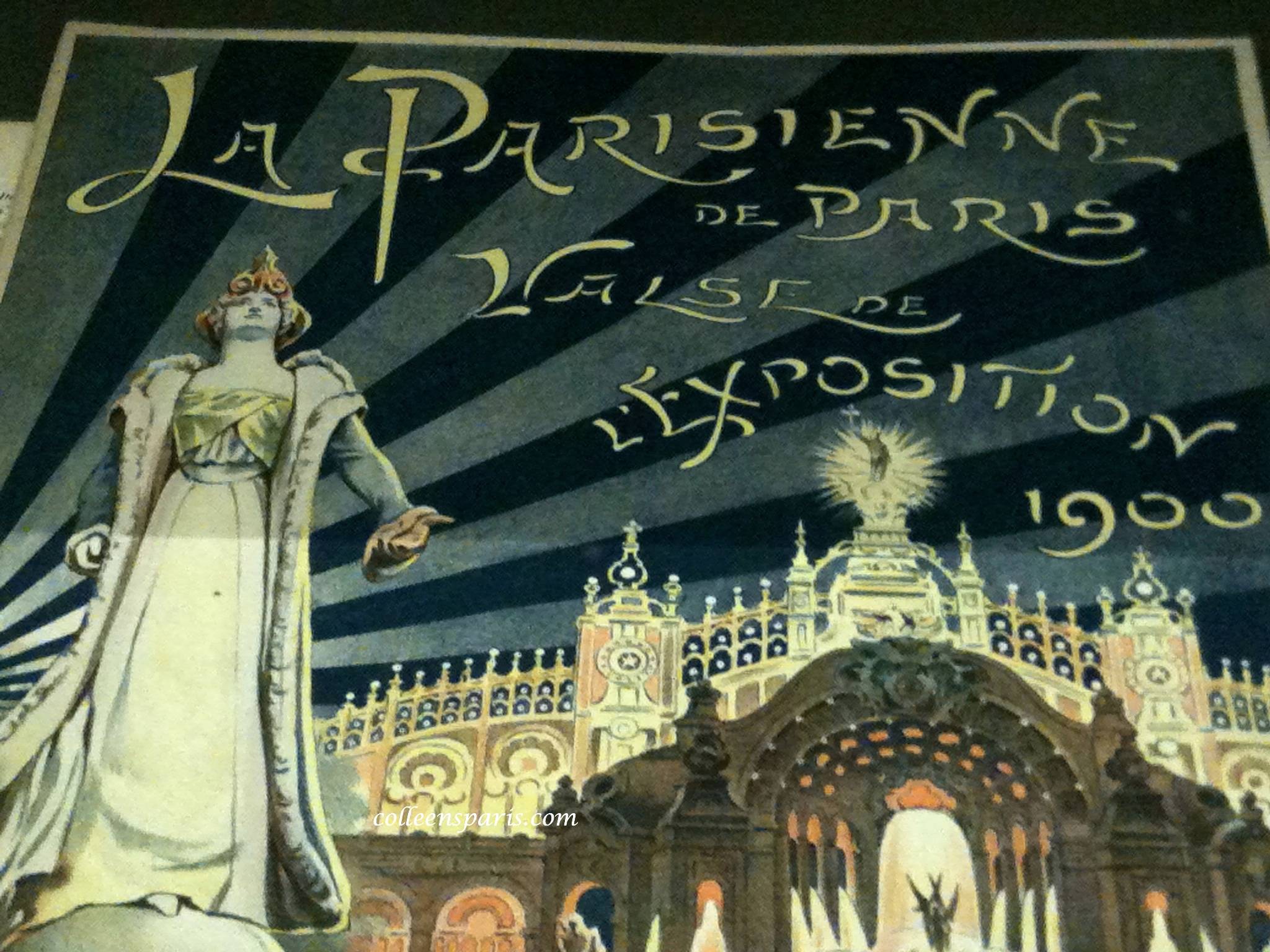