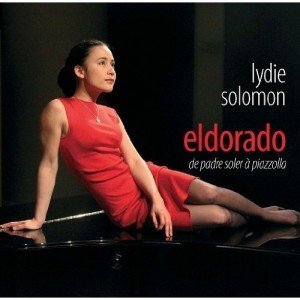 Autumn and Winter Music in Paris
Great music by young artists or groups (with no government subsidies) resound from Paris venues with great acoustics: churches, small theaters, cellars, etc. The income for these artists comes either from donations or from a small portion of the entry fee they receive, usually between 10 and 15 euros). The concerts usually last about one and a half hours. The artists are obviously playing for the love of the music and their instrument. This season, Paris has two treats: Lydie Solomon and the Annual Marin Marais Festival.

Fingers Dancing Toward Eldorado
In May, one of Paris’ young artists performed in the Salle Gaveau concert hall. What a treat to sit in the upper balcony and watch her fingers dance across the keys as she took us on a voyage through Latin America with French and Latin composers and her own compositions. I thought her album would have to keep me company after that performance. But she is back in concert.

Lydie Solomon’s concert and album puts the search for the mythical Eldorado to music. This is an imaginative, musical story that takes us from sixteenth century Latin American conquerors to the gold prospectors of the twentieth century.

The venue this time is the Théâtre de l’Ile Saint-Louis Paul Rey, an intimate and elegant concert hall, the smallest in Paris. The theater is located at the corner of Pont-Marie along the Quai d’Anjou.

Her autumn/winter performances are broken into three parts; specfics are detailed in her program. Read more about Lydie’s program (in French) …. or read the Google Translation.

Listen to excerpts from her album, Eldorado. Read the dates of her concerts as DD/MM/Year. Lydie‘s regular performances of piano and song continue until February 29, 2012; concert cost is 15 euros. 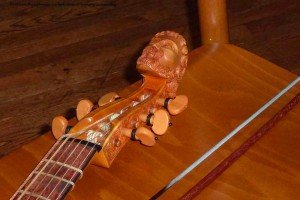 Festival Marin Marais
Near our apartment is a church whose bell rings every Sunday, which adds to the ambiance of Paris’ largest outdoor food market (Bastille/Richard Lenoir). As the church calls its worshippers, the beautiful sound reminds me of the interior of this church: All wood, two levels and excellent acoustics.

Every year we pass by the church in October or November and see people enter for 5 p.m. concerts on Friday or Saturday evenings. “One of these years we’ll go …..” has been the mantra. One of these years finally came around when we paid the ten euros each registration for the baroque concerts, we had to ask ourselves, “Why did we wait so long?”.

The music touches on a period when Italians came to England during the reign of Elizabeth I. This madrigal period begins around 1562. The Italians translate the words of their compositions to English. Flash forward and change the religion and the monarch to James I in the 1600s and the British who play madrigal change their names to sound Italian….

Voices in whatever language begin to sound like the stringed instruments in madrigal, which Lucile Richardot performs powerfully and beautifully.

Twenty concerts are performed in October and November at three different venues. The church Temple du Foyer de l’Âme is near Place de la Bastille. The Lycée Henri IV chapel is near the Saint-Etienne du Mont church (where Marais was inspired to write his celebrated Sonnerie of Sainte Geneviève du Mont). The third is the intimate cellar of 38Riv’.

Every year the Marin Marais Festival, first held in 2006, celebrates the birthday of the musician and composer, Marin Marais. Marais played in the court of Louis XIV , the Sun King, for forty years.

An annual one-time registration of ten euros per person is required to attend the concerts. Registration is possible before any of the concerts. You receive a card to show at the door, which is good for all the concerts. Other instruments in the concerts are the harpsichord (clavecin), cello (derived from the viola da gamba), lute and theorbo, natural trumpet, sackbut (sacqueboute), cornett (cornet à bouquin) and timpani (timbales).

Additional money that spectators put into the basket (corbeille) for each concert goes directly to the performer(s). The average donation is according to your pleasure or five euros minimum (for two of you: ten euros).

The printed program with details on the performers and performances for the festival costs three euros. The on line program is available either at the Festival Marin Marais Web site or the Mayor of the 4th  arrondissement’s Web site. 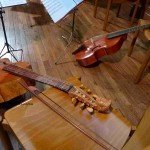 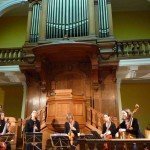 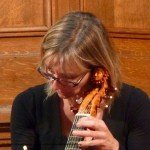 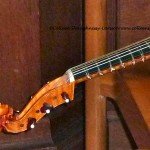 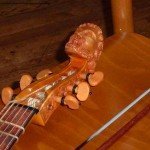 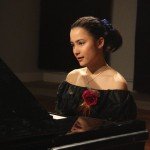 © 2011 Colleensparis.com
Your HOTEL and APARTMENT RESERVATION is a contribution to maintenance costs of my Web site. Using GOOGLE helps, too. THANKS!

Parades and the International Women’s Day

Pop The Cork. Champagne And iPads At The Eiffel Tower!