This article is no longer being updated. 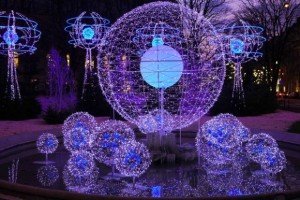 Through the grapevine I hear that Paris is an open-air museum. True in some respects, but it is a living open-air museum for some and the home front for others. Nothing stays the same. Search out scenes from a movie from another decade, and you might be disappointed. However, more recent movies by the dozen have left their prints. Look for that smoke filled room and it has probably been gentrified. The spirit of Paris, however,  remains.

Modernization can mean a return to what was. For example, the Parc Butte Chaumont will be restored to its 1867 landscape between 2013 and 2017. In the case of the Ritz Hotel, what was is faded. The hotel did not earn the label “Palace” so it is closing down the summer of 2012 and upgrading. The city, hotels and transportation are trying to become more accessible to those with limited mobility.

Preparing your vacation, you might want to know what’s what between now and 2020. Some of what is being changed follows.

Go to the Horse Races in Paris