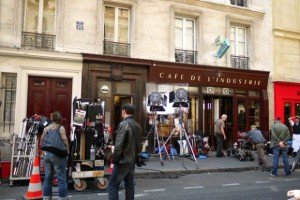 Around the world, 30 cities are named “Paris”. Tourists and Parisians walk along 2,400 kilometers of sidewalks. Paris under ground consists of 300 kilometers of catacombs. Drinking water consumption is estimated at 560 million liters daily.

Two thousand animal species are found in Paris. Paris is home to 12 million domestic bees in 300 hives. There was once a peripheral train system in Paris. Between 500 and 1,000 bats live in the tunnels of this petite ceinture. In total about 100,000 bats inhabit the Ile-de-France department, which includes Paris.

After 6,500 years of history, Paris has 37 bridges, 120 statues in the Jardin des Tuileries, 200 churches, 137 museums and 36,000 works of art in the Louvre. It takes 2,500 liters of wax to shine the floors of the Louvre. The bouquinistes (book sellers with the green boxes) along the Seine number 217 operating out of 900 boîtes that contain about 300,000 books. The oldest house in Paris dates from 1407 and is located at 51 de la rue de Montmorency (Nicolas Flamel house) in the third arrondissement.

Of the films featuring Paris, 110 were motion pictures, 132 television programs and 161 short films. Film trails from the mayor’s office.

BHV and Other July Changes in Paris

Flea Markets and Brocantes in France