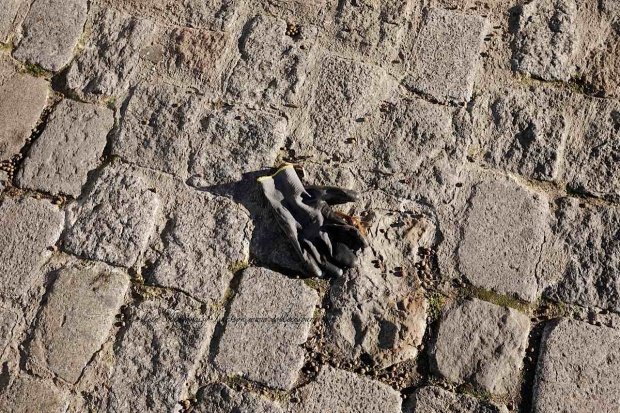 This holiday season, my earmuffs are keeping someone else warm. They fell off my sleeve between the chocolate store and the brasserie across the street from the shop. We left the brasserie, and I realized my earmuffs were gone. Retracing my steps, the chocolate store did not have them. They were not on the floor of the brasserie. Should I call file a police report? I was one hundred percent sure they had already found a new home. If not, they might be in one of these Mayor of Paris photos.

Over 140,000 objects are turned in to lost and found every year. The latest losses from readers involve loss on the RER and along the Champs-Elysées. A writer wrote she lost her Sony camera, red scarf and grey hat on the RER B heading to the airport. Another reader just wrote he lost his beaded dance costume on the Champs-Elysées while flagging a taxi.

The Préfecture de police (Police Department) has been collecting objects for over two hundred years. Every day the Objets trouvés (lost and found) receives between 600 and 700 articles. The articles come from Parisian public places: Streets, public transportation, airports, taxis and all public gathering places. About 150 articles find their owners each day.

Since December 22, 2011 eleven euros is required, payable either in cash or by French bank check, to retrieve your item from the main office of lost and found. This fee is a droit de garde (caretaker fee). For objects of value over 762 euros, a fee of three percent is charged. There is no charge to retrieve your French ID, driver license or other official French document.

The police advice trying to find the object at the place of loss. Contact the local police station within five days. Contact Lost and Found fifteen days after your loss (08 21 00 25 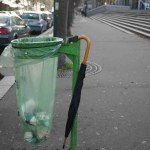 What To Do If You Find An Article
Found on a public street: Take it to the closest police station.
Found on the RATP: Give it to a metro agent.
Found in the airport: Turn it in to the lost and found office.
Found at a public place: Turn it in to an agent or the ticket window. 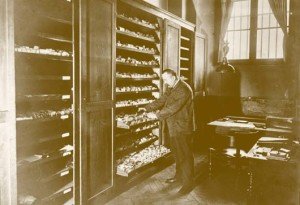 Claiming An Abandoned/Unclaimed Article
“Finders keepers, Loser weepers” goes the children’s rhyme. In all cases, leave your contact information. You have the right of ownership if the true owner is not found and the article is declared abandoned (droits de l’inventeur).

Documents necessary to become the new owner of the unclaimed article:

Start Of the Search
Lost on the metro: Within 24 hours go to either the ticket window of the metro station or the end station of the metro on which you were riding.
Lost in a taxi: The number of the taxi is posted in view of all riders. That number will help retrieve your lost article. TaxisParis turns the item over to Objets Trouvés.
Lost at the airport: Within the first fifteen days, go to the airport police office for lost property.
Lost at the Eiffel Tower, department stores, museums, trade shows, etc.): Within five days return to the spot.

Lost cell phone: the IMEI number (available from your carrier or on your billing statement) or the SIM card number. “What To Do Before Your Cell Phone Is Stolen”

Article belongs to a company: French companies use a form “K BIS”. The person claiming the article, must have written permission and an ID.

Article belongs to an association: Documents proving that the association exists. The person claiming the article must have written permission and an ID. Web Pages From the Préfecture de Police: “Vous avez perdu un objet” (What to do if you lose something)

Who To Contact
The police say your first reflex should be to return to the site of the loss.
Within the first five days, contact the closest police department where you lost the object
If you lose something on: an airport bus, contact the bus company; RER B to or from Charles-de-Gaulle/Roissy airport, contact SNCF/RATP. On the CDGVal or ORLYVal, parking bus, contact Aéroports de Paris (ADP)‘s office of  “Objets trouvés” (Lost Property) in your airport terminal. Form to fill out.

Are you a victim of assault in Paris? Advice from the Paris Convention and Visitors Bureau.

Use Lulu Dans Ma Rue When You Need Help