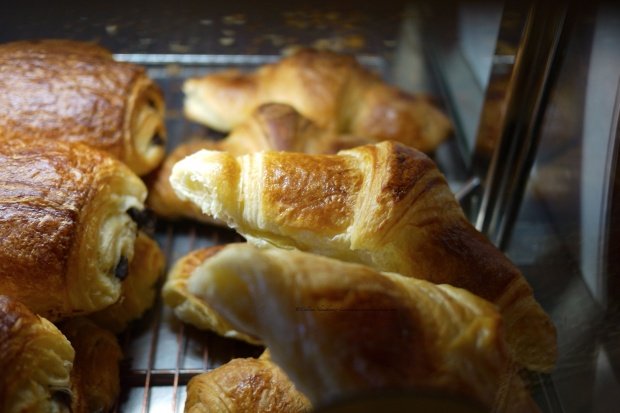 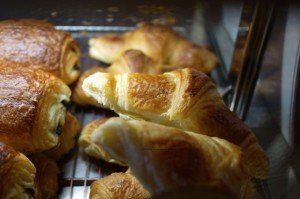 When travelers arrive hungry in Paris, isn’t the croissant one of the visitor’s first thoughts? How do you choose a croissant? What’s the criteria. Have you ever seen one made in front of your very eyes?

Croissant aficionados, prepare yourself to indulge. The best time to indulge in a croissant is in the morning. This might mean either anticipating its appearance in front of an oven or breathlessly waiting at a counter.

After tasting thirty Paris croissants, the French newspaper, le Figaro, has published its ranking of the best croissants in Paris.

Le Figaroscope, the Wednesday supplement of le Figaro, published an article that begs to answer the question: “Where does one find the best croissants in Paris“. ‘… A ton of crumbs later’ …,  the tasters’ response: Pierre Hermé, 72 rue Bonaparte 75006. The newspaper’s journalists compiled Figaroscope’s list of 30 best croissants tested in Paris. Some results are noted by “ex aequo” because of ties in the tasting,.

Translating from the Figaroscope article, the croissant is the most celebrated French viennoiserie and the most consumed. The croissant is associated with cafés and their zinc bars, slow rising yeast, a warm and cosy breakfast, in other words, all the rituals that help kickstart the day. The croissant is not exactly something you bite into over tea or before bed.

Answering the question of where to buy a croissant leads to a complicated response, they say. Where don’t you find a croissant ….??? Boulangeries, pâtisseries, major supermarkets, and pastry chains make the flaky, layered pastry. Among hundreds of addresses, everywhere you look and on every corner dozens are artisan bakers who probably make the best flaky pastry in the world. Figaroscope concentrated on the most well-known Parisian artists. Thus, they had to narrow the search by eliminating chains and franchises, frozen croissants and croissants sold in a grocery store.

The Tasting Criteria
Christophe Felder managed the tasting and answered three questions in the Figaroscope article about the criteria.

What makes a good croissant?
It’s aspect is very important: slight golden color, the multiple layers of pastry. When opening the croissant, as
with bread, you should smell the rich scent of butter, a mastered fermentation without a strong yeast taste.

What is your opinion of the winner, Pierre Hermé?
It had the most agreeable taste. Taking into consideration the beautiful shape of the alvéoles (holes in the crumb of the pastry) and the saveur (taste) of fresh butter, a creaminess like milk… Mr. Felder also liked Sébastian Gaudard‘s croissant with its small touch of syrup on top that is found on the galette or the chausson aux pommes.

Can anyone make a croissant?
More and more people are attempting to make croissants, especially men. More than likely, men like the technique involved. The secret for a successful croissant, besides an excellent AOC (Appellation d’origine contrôlée) is the temperature of the dough. It should especially not be too warm before it enters the oven.

Croissant and Baguette Differences
Preparation criteria differentiate certain boulangerie favorites: the baguette and the croissant. For a croissant choosing between “beurre” or “ordinaire” was once the distinction. For a few years now, the butter croissant has practically eliminated the ordinary (butter substitute). You were able to tell the difference by the price and the shape. The cheaper ordinary being curved like a crescent moon.  It is more rare nowadays to have the choice of the two styles.

The croissant beurre artist makes up the recipe, how many “turns” the pastry layers make, fermentation and baking time. The preparation is varied and might be changed on a whim.

The whimsical croissant preparation has no comparison with the baguette. Today, at the boulangerie, many ask for “Tradition” or “Trady” instead of the white bread baguette of the past. The Tradition (tra di cion) is a little more expensive. The price includes strict process of rules to be followed, a longer preparation process and more expensive ingredients. (Worth every crumb!)

Methodology for the Tasting
The journalists and tasters anonymously purchased the croissants on the morning of the tasting.

Each croissant was numbered and blindly tasted. Christophe Felder managed the tasting, which lasted about 70 minutes.

Five points were covered on a rating of 1 to 5, including half marks. The points were (1) aspect – form, color, size, the bumps in the crust (aspérités); (2) the “nose” (the strength of the butter perfume); (3) the taste; (4) the layers (crackling next to the ear). Using a quality-price ratio was insignificant to the findings.

As a result of the findings, the ingredients, the technique and the baking time made the difference (some croissants from a dough insufficiently rested or undercooked).

by Christophe Felder (Christophe Felder is one of the world’s most respected pastry masters. After working at Fauchon and Guy Savoy, he served as the pastry chef at the Hôtel de Crillon for fifteen years. He has published more than twenty cookbooks in France, but this is the first to be translated into English. In 2009, he founded his own school devoted to teaching pastry skills to the home cook, located in Strasbourg, France.–from the Rizzoli Web site)

© Colleensparis.com
Your HOTEL and APARTMENT RESERVATION is a contribution to maintenance costs of my Web site. Using GOOGLE helps, too. THANKS! 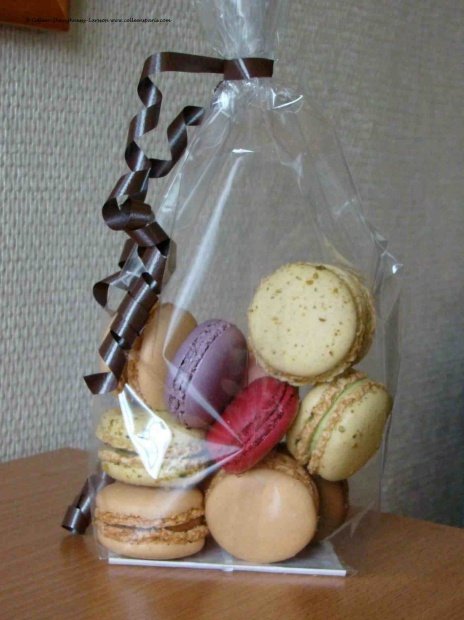 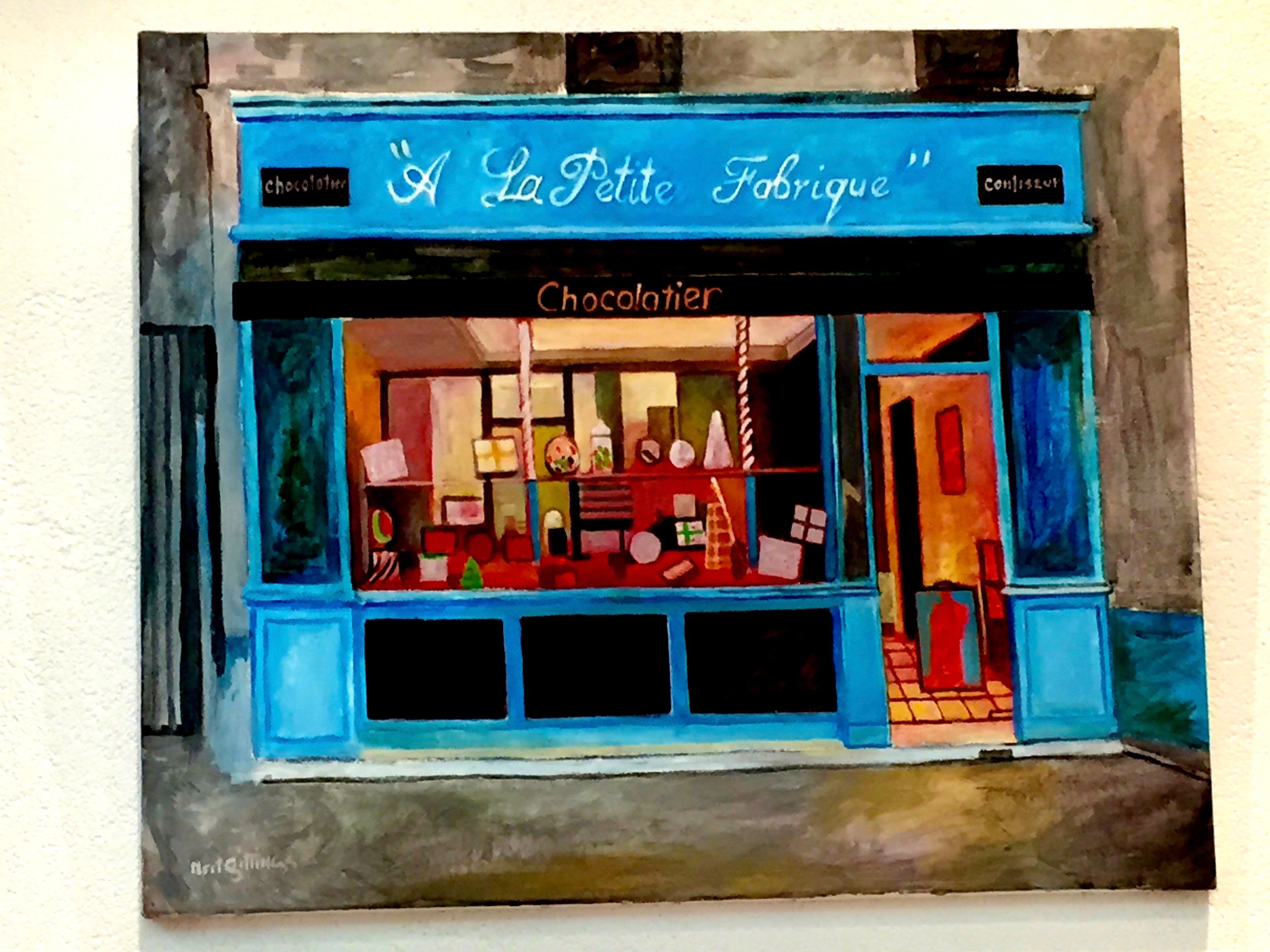 Saying Goodbye to Icons in the Bastille Neighborhood 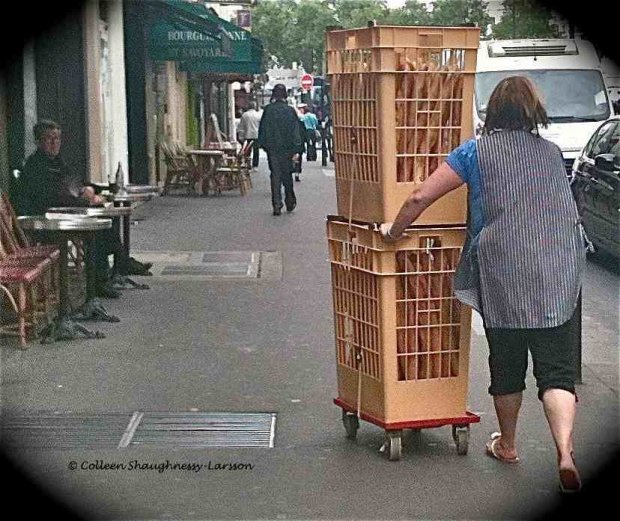 Paris Has Chosen The Best Baguette 2012