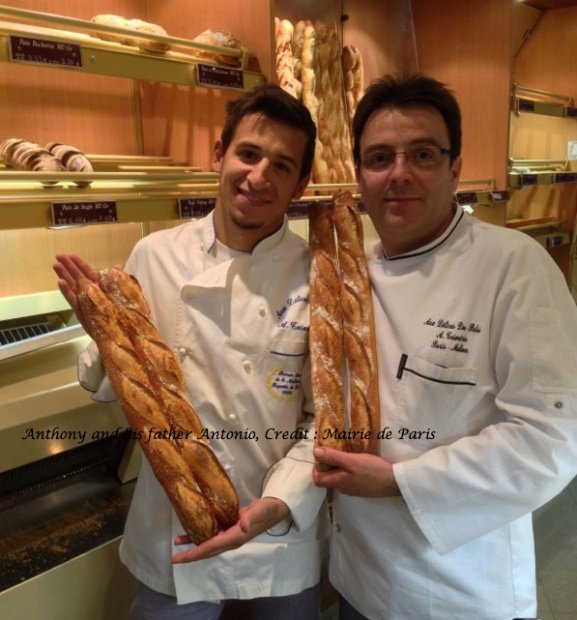 Each year Paris votes for the best baguette. For the next year the boulanger winner provides President of France residing at  the Elysée Palace with the morning baguette.

The 2014 best Paris Baguette winner is Anthony Teixeira. Mr. Teixeira is the artisan baker at “Aux Délices du Palais” bakery in the fourteenth arrondissement. The father of Mr. Teixeira, 24, pictured won the same prize in 1998.

As winner of the highly prestigious Grand Prix de la Meilleure Baguette (first place for the best baguette), Mr. Teixeira will have his baguette delivered each morning to the President’s kitchen.

My Coiffeuse Wants A Cheesecake Recipe