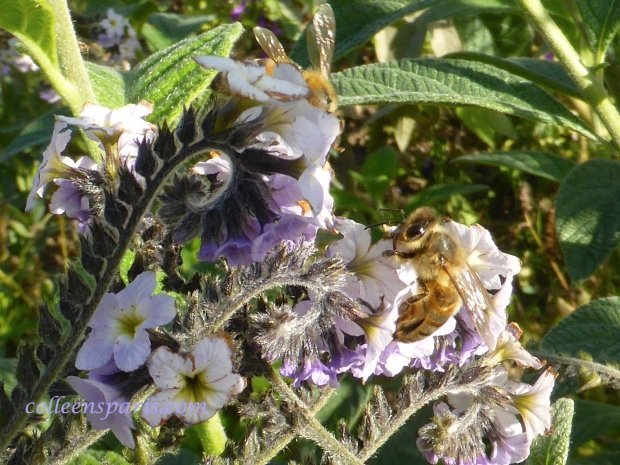 It’s time to celebrate the two hundred and twenty years of the Paris historical zoo at the National Museum of Natural History’s (Muséum national d’histoire naturelle) in the Jardin des Plantes. An exhibit opened at the Cabinet d’Histoire for celebrated animals (Animaux célèbres de la Ménagerie) who lived in the historical menagerie from 1794 to today. The showcases are filled with mementos from those early days: postcards, illustrations, souvenir plates, books, illustrations, models, and other paraphernalia from the past. Many of the animals referred to are now found in the Grande Galerie de l’Évolution. The 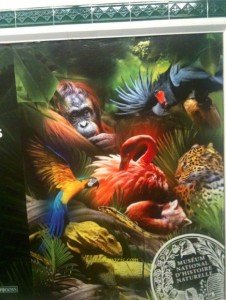 explanations are in French provide so much history, that the print is small, hard to read and placed at a distance. Bring binoculars to read. The exhibit is on until January 5, 2015. (The more exciting scenery was in the garden [see photos below]).

In 1740, the first live animal to arrived in Paris, Jocko an orangutan. At the beginning of the exhibit is a boxed representation of the celebrated giraffe, Zarafa. Zarafa arrived in 1827 from Africa; a gift from the viceroy of Egypt to Charles X. 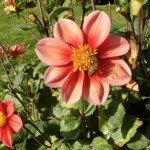 After the quick visit, I ventured into the insect menagerie of the Jardin des Plantes. The variety of plants that lead up the Grande Galerie de l’Évolution was in full bloom the end of September in Paris 2014. It’s the end of some season. September is what August could have been like.

Looking for the insects on the flowers, some flies resembled bees and some bees looked like they were planes refueling in mid flight.

The flies are bee mimics. and the bee is sticking its tongue into the stigma of the flower.

“Two simple ways to tell a fly mimic from a bee. First, look at the wings: bees have four wings, but flies have two wings. Second, look at the antennae: bees have elbowed antennae, while many flies have short, stubby, or hair-thin antennae. Bee mimics are, simply put, other insects that resemble bees. This is called Batesian mimicry.”– Bee Spotter

Bees, I discovered, have tongues that are proportional to body size! — Ecology Society of America. Enjoy the garden with me ….