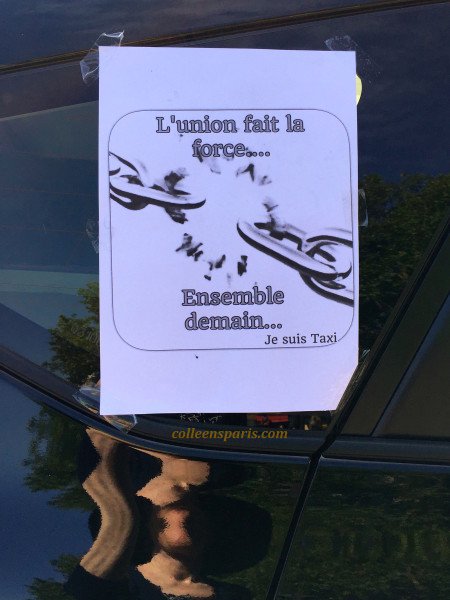 The phrase “faire grêve” takes its name from a place in Paris: Place de Grève. In today’s terms “faire grêve” means to go on strike. This site is the current place

Historically, France has seasonal work strikes. Most strikes end before the last weekend of June. The last week of June starts the vacation season. The strikes resume in September.

Around 1350s, this area was sandy, gravely, and was easily accessible to load and unload cargo (grain, hay, wine, wood, etc.) from the shores of the Seine. With this activity, it became a central part of the city for demonstrations, commerce and executions. The unemployed gathered here hoping to find work along the docks, which lined the Seine. The expression “faire grève” means looking for work. In 1803, the name changed to Hôtel-de-Ville.

From the 1100s, ceremonies were held at the spot in front of the current Hôtel de Ville. During the Middle Ages, the plaza became known as Place de Grève. It changed to Place de l’Hôtel de Ville (City Hall Plaza) in 1830; and in 2013 the plaza was baptized “Esplanade de la Libération”. The current name commemorates the 69th anniversary of the Liberation of Paris, which occurred August 24 and 25, 1944.