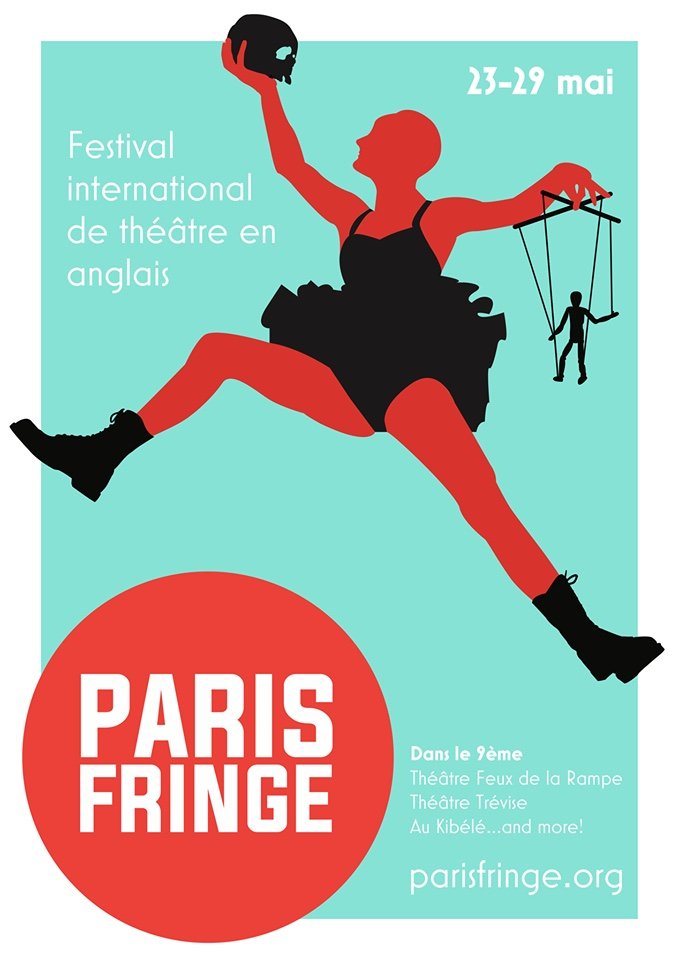 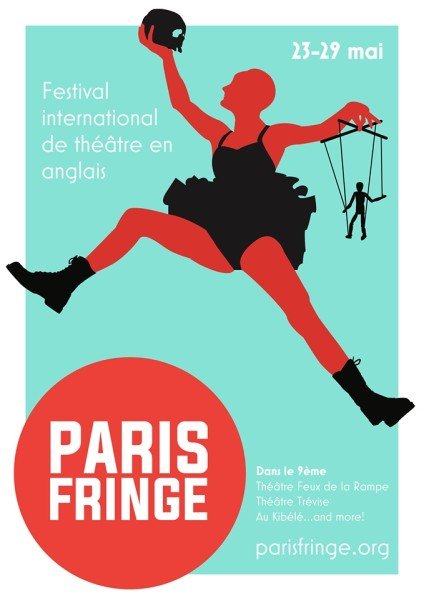 This article will not be updated and has been moved to archives.

Have you ever attended a Fringe Festival? My first off-the-main-theater circuit experience was in Edinburgh. The concept began in the 1940s in Edinburgh. Fringe Festivals are productions on the fringe of main-stream theatre. And they are well-established international theater events. Paris is now joining the long theater list on the fringe. One of the plays I recently reviewed “There’s No Place Like” has been invited to participate in the First Paris Fringe Festival May 23-29, 2016.

People and Plays
Eric Bouvron*, nominee for a Molière 2016 award, will host the public opening ceremony on Monday, May 23 from 5 pm to 6:30 pm at the Theatre Les Feux de la Rampe, one of the partner organizers with Paris Fringe. This inaugural ceremony will provide audiences with a glimpse of the variety of companies and twenty shows that will be showcased during the week, with artists and acts taking the stage. *Mr. Bouvron and Anne Bourgeois are the directors of Les Cavaliers nominated for best play in a private theater. Molière winners will be announced the evening of May 23. 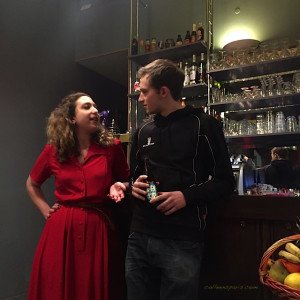 “There’s No Place Like” is Althea Theatre International’s bittersweet and timely play about longing, belonging and immigration. The action takes place in a UK pub. The play was successful in both London and Paris. You can enjoy the show on two days, Saturday, May 28, 6 pm and Saturday, May 29, 6 pm, Le Kieble, 12 Rue Echiquier, 75010 Paris. Reserve your Paris Fringe tickets:   Tickets: €12/10 (Concessions). More about the play on the press release Theres No Place Like – Paris Fringe PR .

Reserve and buy tickets
Most of the festival shows cost 12 euros (10 euros concessions). Les Feux de la Rampe has a special ticket offer: five shows for 50 euros. Workshops are 15 euros per person. All street theatre, launderette events and discussions are free. Follow the Paris Fringe link for the complete show listing and download.

Other Paris Fringe partners include Theatre Trevise and Theatre in Paris a cultural tourism startup which provides English surtitling of some of Paris’ very popular French theater on augmented reality glasses (translations appear above the stage). Follow the Paris Fringe on Facebook and @leParisFringe Twitter. 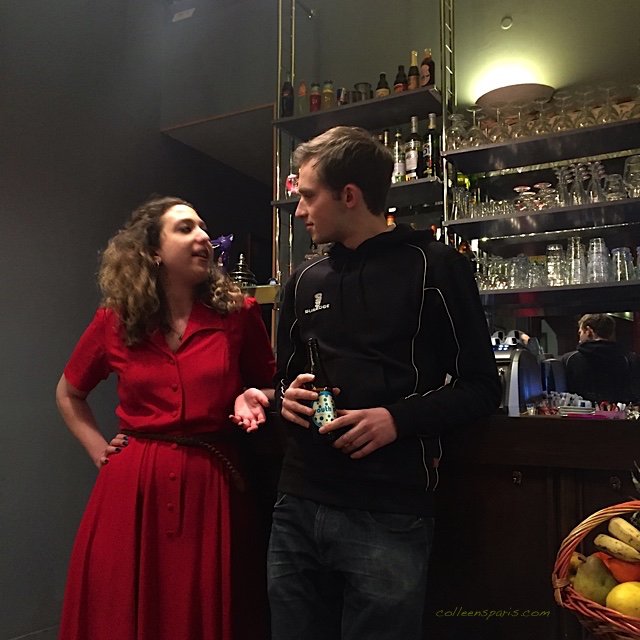 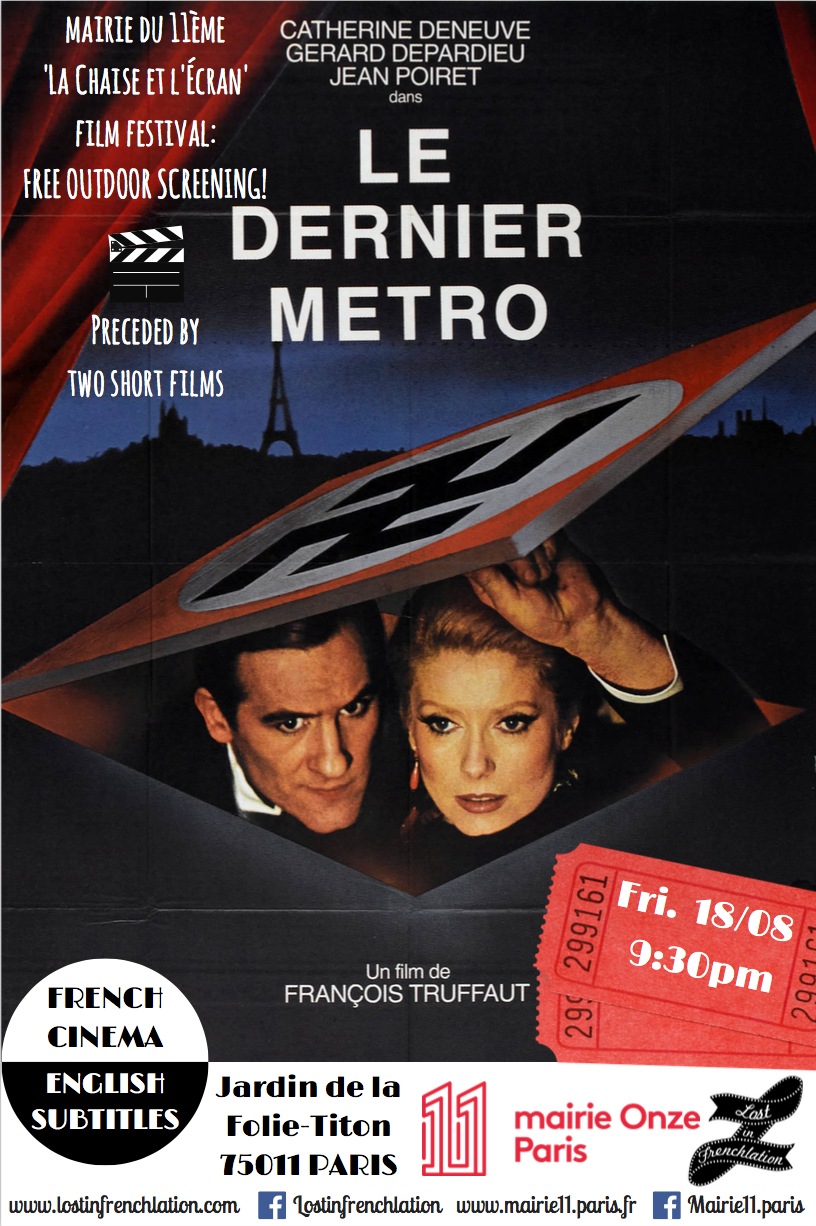 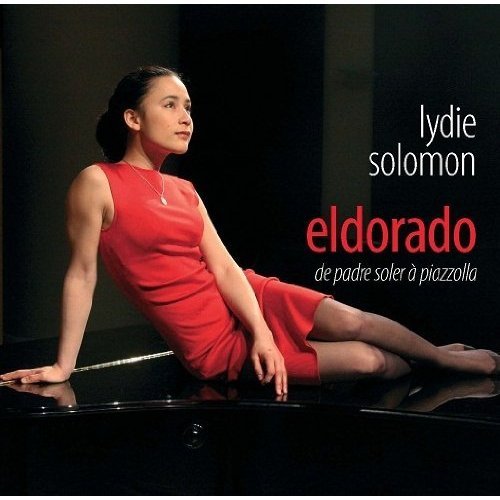