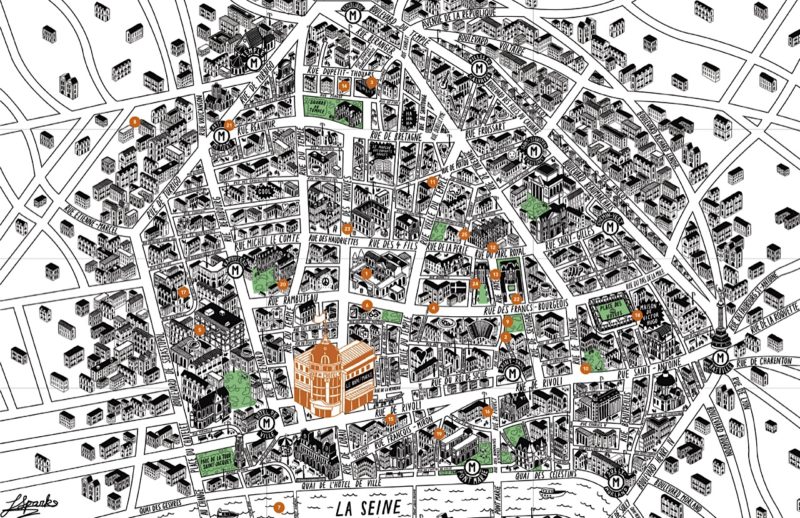 Every July 1, new legislation and modification to daily routines takes effect. This year, the changes include Sunday shopping hours, plastic bags, polluting vehicles, contraception,…. What follows are some of the main changes for 2016 gleaned from Direct Matin .

BHV/Marais Department Store
Beginning July 3, BHV/Marais (part of the Galeries Lafayette group) is the first Paris department to open on Sundays as a result of the Loi Macron (Minister of the Economy, Emmanuel Macron) of August 2015. This law permits new areas to be designated “international tourist zones” (the Marais falls into this distinction). The other large department stores in Paris along Boulevard Haussmann, les Galeries Lafayette and le Printemps are allowed three July Sunday openings (considered Sundays “du maire” – by decree of the Paris Mayor, Anne Hidalgo).

Plastic bags
Plastic bags are out of fashion in Paris. Bring your fashionable Monoprix bag and other reusable bags when you shop at the market (covered or outside), grocery stores/food markets, pharmacies, boulangeries and service stations. And coming January 2017, the next step: plastic wrappings and plastic wrapped perishables will disappear. Bioplastic bags, made from natural starches or oils such as potatoes or corn will substitute for the traditional plastic.

Airbnb and Drivy
Homestays with Airbnb and car sharing with Drivy will come under closer scrutiny. The two platforms will be required to declare the annual revenue generated by the users to the tax authorities or face a 10,000 euros fine.

Certificate of Air Quality
If you plan to take the sightseeing tours with the Citroën 2CV (deux chevaux) or the DS around Paris, the Paris Mayor’s office (Mairie de Paris) has authorized these and vintage cars to move around freely within the Paris city limits.

However, for cars manufactured after January 1, 1997, decals for windshields will be required. The decal corresponds to a certification of emission standards. Cars manufactured prior to December 31, 1996 and motorcycles licensed before June 1, 1999 will be unable to enter Paris weekdays between 8 am and 8 pm. Exceptions include, police, gendarmes, sapeurs pompiers, customs and medical vehicles. Other exemptions include moving vans, refrigerated trucks, garbage trucks, armored cars and road maintenance vehicles.

Paris Shower Walls-How to Clean Them