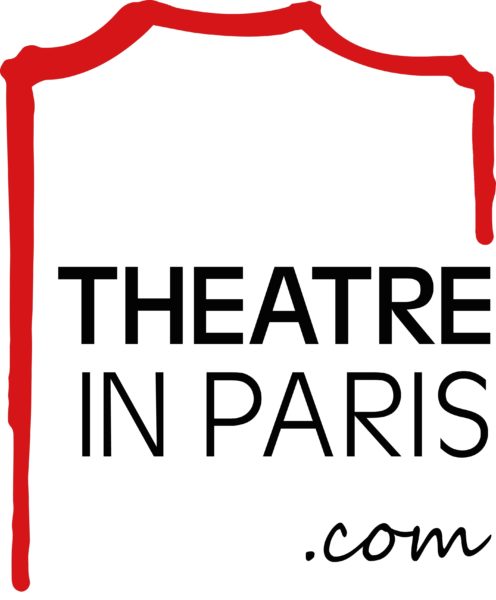 Have you ever wanted to go to the theatre in Paris, but thought it would be hard to understand? Understanding French is now secondary to enjoying the theatre. Theatre in Paris is “opening the doors to French theatre” with surtitles to enjoy some top-rated shows in iconic Parisian theatres.

Read the surtitles from a balcony seat in a prime location, watch the actors simultaneously and then impress your friends with your experience. You have attended a potentially unknown Paris tourist attraction in French culture. Surtitles are above the stage on a screen barely visible or invisible to the audience below.

Your level of French does not matter. I went with a friend whose French knowledge level is on a scale of one to five (being the highest). Her impressions were: “Any level of French would be fine for comprehension, plus hearing the French and reading the English helps with learning new words. I think it is a great concept for promoting the French language & culture. I enjoyed the experience!” Et Voilà! 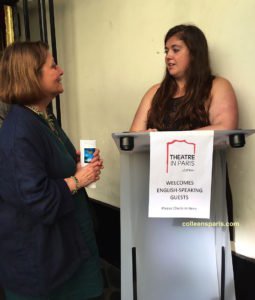 What I liked: The hostess, Jackie (currently on a theatre art studies internship from Boston University), met us at the front of the Théâtre de la Gaîté-Montparnasse (opened in 1868). Jackie gave us our programs with the seat number written on the front page. She escorted us to our plush, royal red seats and gave us a brief explanation about the theatre, the play and how the surtitles work. The earlier arrival time on the e-ticket leaves room for questions and answers and any photos before the program begins.

Even if you understand French and can follow along, nuances in the language or vocabulary could throw you off. If the script screen goes black, the actor is ad-libbing. The trained translator is coordinating/synchronizing the written script with the actor’s voice and movements. If you are a native or feel like a native English speaker, you can speed read the surtitles and move your eyes easily to the stage. 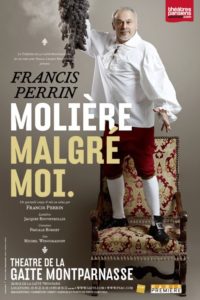 Another positive point is cultural. Molière (a.k.a. Jean-Baptiste Poquelin) … how often have I ever finished one of his plays? Hmmmm… I started two. I saw the movie about his life. But this show brought the famous author to life. I speak very good French, but the surtitles helped me appreciate so much more …. This is fifteen years in the life of a legend: “the women he loved, the friends he valued and the enemies he loathed…”. His encounters with Louis XIV from the first meeting until Molière’s demise in the famous arm chair. Molière’s original chair is the Comédie Française). 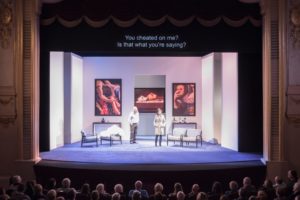 What I would like to try next: A musical or play with multiple people on a stage. The excellent show we saw (“Molière in Spite of Myself” Molière malgré moi) is a one-man show.

This one man, Francis Perrin, belongs to the society of the Comédie Française. In 2016 is celebrating fifty years on stage (thank you Télématin, the morning breakfast show, for that interview with Francis Perrin). While standing out front after the show, Mr. Perrin walked out the front door and stopped to chat amiably when I reached out my hand.

Read about one of the founders of Theatre in Paris, Carl de Poncins, in The Local (France’s news in English).

Go to the Horse Races in Paris