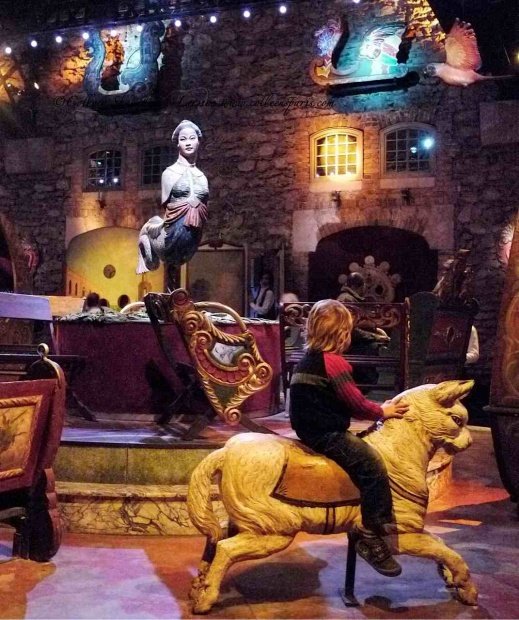 Pavillons de Bercy was one of the stops on the traveling fair circuit. This year, I am going to the fairground that stays still; only the rides themselves move. WATCH THE YOUTUBE VIDEO Fairground Arts Museum, Bercy, Paris

Bright lights, scary and beautiful faces, exotic vehicles, dancing animals that pump up and down …. The Paris Musée des Arts Forains (Fairground Arts Museum) opens its doors to the general public between the day after Christmas and the first Sunday in January. Visit the museum without a reservation between 10 a.m. and 6 p.m. This is one of two occasions, the other is Journées du Patrimoine.

The collection of costumes, Music Hall accessories and amusement park rides dates from the nineteenth century. Some of the attractions include a Hooghuys organ, the bicycle merry-go-round, swing boat, the Parisian Waiter Race, and Fun fair background photos (put your head in the hole of the character). Mr. Favand believes the bicycle merry-go-round (vélocipèdes) “is a real heritage…. It should almost be behind a glass screen!” Converted over time to steam-driven and then powered electrically, Mr. Favand restored the vélocipède to its original condition. Riders now pedal to make it go round.

With the price of an entry ticket, choose an amusement ride, either the carousel or other amusement rides. A fairground-style  show is scheduled every thirty minutes. Musicians and stilt walkers will guide the visitors between the buildings.

Jean-Paul Favand, the founder, has put together the largest collection of fairground art in Europe at Bercy. For its preservation and presentation, the Ministry of Commerce deems the museum important enough to be labeled as a living heritage (Entreprise du Patrimoine Vivant).

Over 200,000 people visit the museum annually to see and ride these restored marvels. The restorers had to remove one hundred years of paint to give each piece a “renewed voice”. The Indian elephant, acquired in 2010, was part of the 1931 Colonial Exhibition. It is an illustration of the connection between fairground art and the popular world fairs after 1900. The elephant required over 300 hours of restoration work.

Except for private receptions and group reservations, the only other time for individuals and families to visit the museum is during European Heritage Days (Journées Européennes du Patrimoine) the third weekend in September. 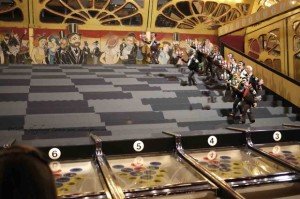 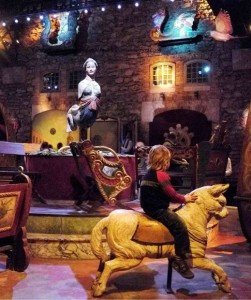 More fun stuff:
More photos
National Fairground Archive from the University of Sheffield
News from the past: Self-Powered Loop-the-Loop Is Latest Ride – 1935 Popular Mechanics (not part of the museum)

Toys That Speak French and Toy Stores in Paris