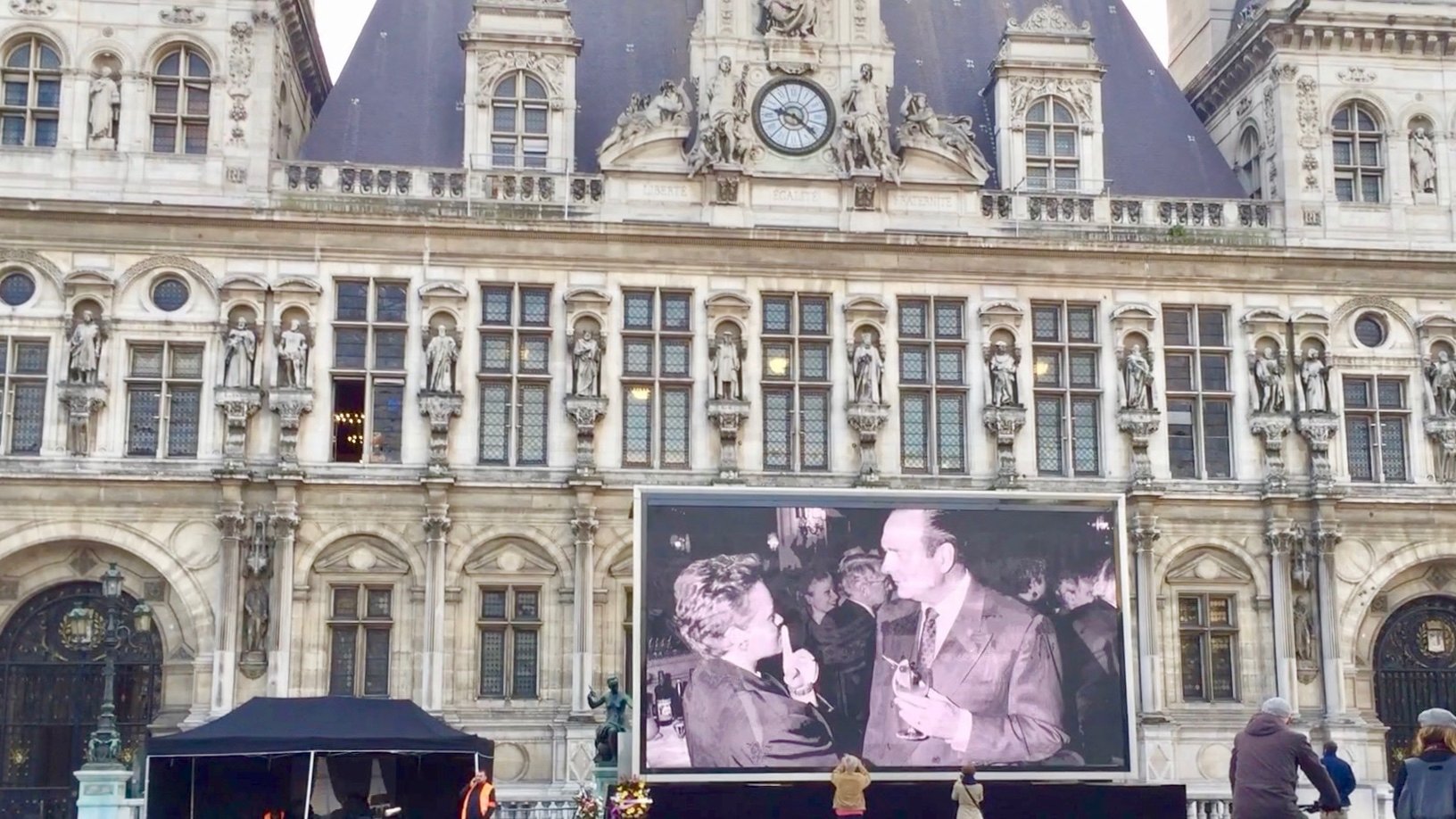 Walking along the narrow rue Galand the sound of a muffled bell ringing reverberated against the walls. Sitting at the café, looking at my watch, it was around 11:20 on a Monday morning. My friend guessed it was a church nearby; I guessed Notre-Dame. Couldn’t be…. perhaps the towers were damaged. The constant soft ringing was not signalling the quarter, half or full hour. Earlier I had heard on French television the time for the funeral ceremony that would pass from Hôtel des Invalides to Saint-Sulpice.  We walked toward Notre-Dame from where the mystery sound originated. Emmanuel, the 300 year old was ringing from the south tower. This is the first time since the end of the Second World War it was rung manually, perhaps giving it the softer sound.

In 1977 Jacques Chirac was elected the first mayor of Paris since 1871 and the first to be voted into office by both men and women (suffrage universel). He will be buried in Montparnasse cemetery. Mr. Chirac who was mayor of Paris for 18 years, prime minister twice and President of the French Republic twice died September 26, 2019.

Paris History One Translate App Away