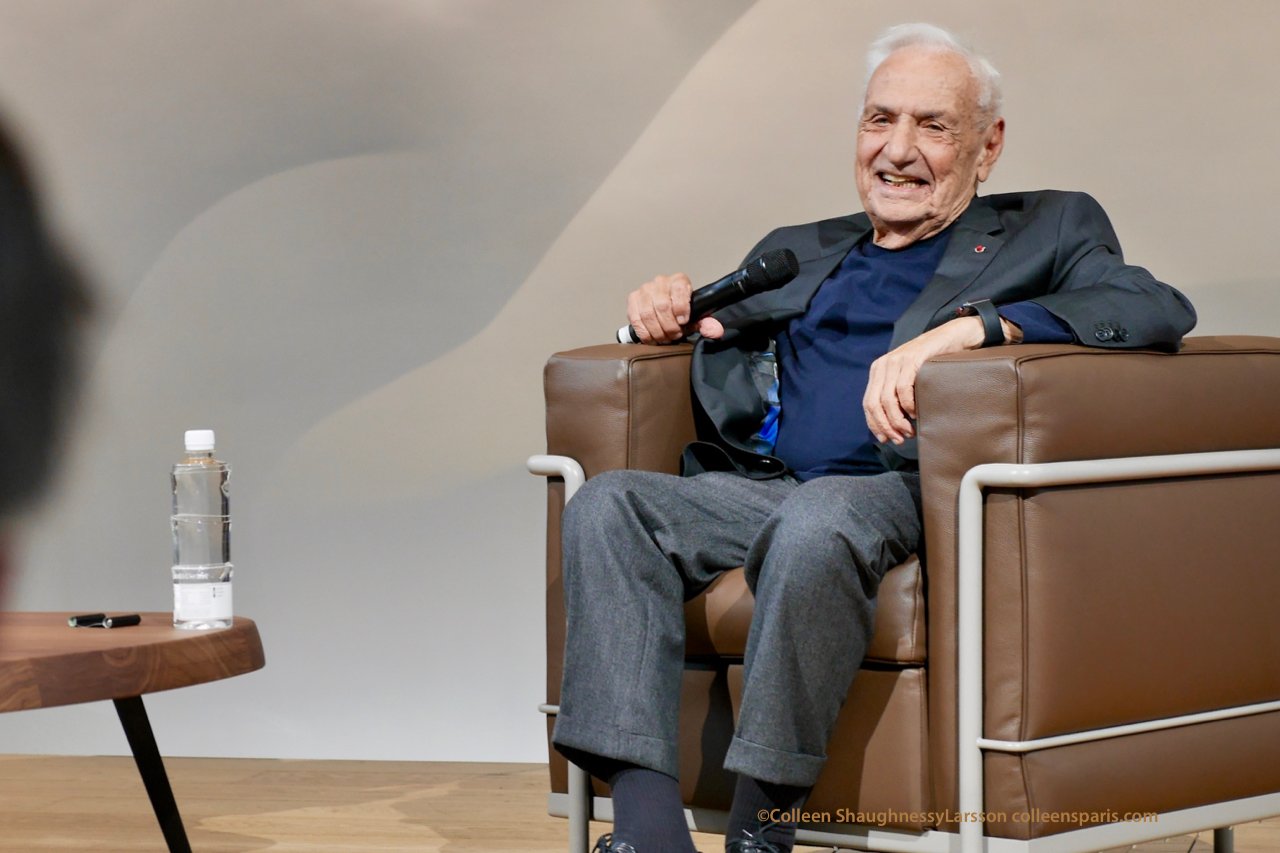 Frank Gehry had just left the auditorium at the programmed event “Around the Charlotte Perriand exhibition–A conversation between Frank Gehry and Jean-Louis Cohen” at the Fondation Louis-Vuitton.

After listening to his architectural journey as it relates to the “free and independent” architect Charlotte Perriand from the second row, I walked up to him in the hallway. I thanked him for sharing his thoughts and for his unique design of this Fondation Louis Vuitton museum shaped like a boat, which is the symbol of Paris. He touched my arm and asked if I had seen the Charlotte Perriand exhibit, which had opened the day before. Mr. Gehry had been so impressed by the displays and awakened by Ms. Perriand’s “synthesis with the arts”, he highly recommended that I visit the exhibition.

After listening to him and the correlation of his journey and Perriand’s through art, experimentation, the warmth of wood, and Japanese influence in construction and materials and his story of using curves in architecture, I touched his arm and told him I would be back soon to view the Perriand exhibit. He had inspired me. It was a rare moment in time with Frank Gehry.

Meaux, A brie(f) half hour from Paris

How did le Croque-Monsieur get its name?