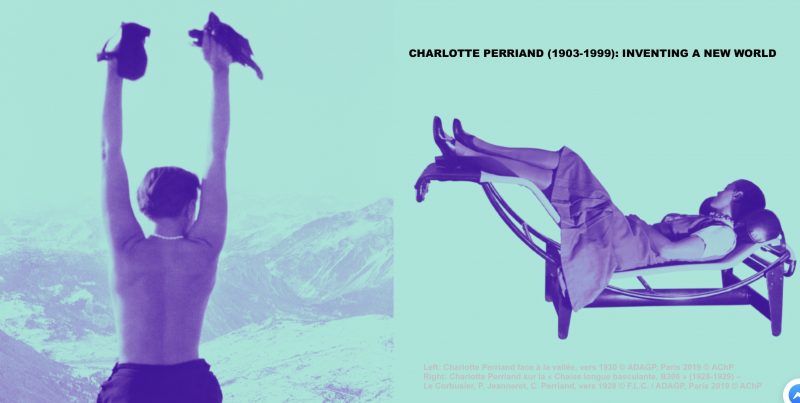 Charlotte Perriand was a precursor and, in my opinion, a clairvoyant of the Paris we are experiencing today: green spaces, use of the Seine for the benefit of Parisians and visitors, and more. She was ahead of her time and always saw the practical use of nature in design. She was concerned that interiors should benefit the occupant and not the designer in their functionality (i.e.,asking is it easy to move, foldable, practical, comfortable, etc.).

Due to the Paris strikes, visiting this exhibit took a two and a half month delay. But after the chat I had with Frank Gehry during his visit to the Fondation Louis Vuitton I took the first opportunity to visit the ten galleries on four levels of the museum for the Inventing a New World (Le Monde nouveau de) Charlotte Perriand exhibition.

Books available on the Charlotte Perriand topic , including in English.