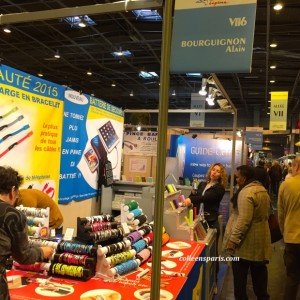 Inventions for the Future
In 1901 by the Police Commissioner, Louis Lépine began the competition: Le Concours Lépine. In 1910 the coffee grinder received the Lépine award. The steam iron was honored in 1921 and the food grinder? 1931.

On an historical note, Lépine introduced the competition for inventors of small toy and hardware manufacturers. Otherwise, Lépine is known for introducing the white stick for directing traffic. He established the river-boat brigade, police bicycle units, and installed police and fire warning boxes. He originated the Musée de la Préfecture de Police, dealt with the 1910 Paris flood and the theft of Mona Lisa, captured and killed the anarchist, Jules Bonnot.

Caveat Emptor
Beware of purchasing certain items at the Foire de Paris. You may not have any service after purchase.

This particular stand “Alain Bourguignon” is working under the name of Mondial Magie. I have a solar charger whose product does not work 100% of the time with their cables or mine. After an exchange ten emails, they would stopped responding and would not look at or exchange my purchase. I will have to wait until next year to take it in for a check up.