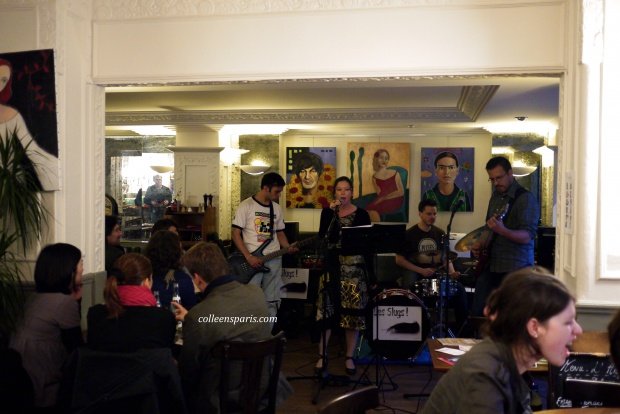 English theatre
Théâtre en Anglais
Click on either “Calendrier general” (a general calendar with dates) or “Calendrier détaillé” (with dates and locations).

Comedy (in English) venues in Paris

Ballet and Dance
The Wednesday newspaper supplement, Figaroscope and the weekly magazine, l’Officiel des spectacles, are both on line. They are two great sources for current ballet and dance events in Paris. Both publications are accessible on line. Although both are in French, use Google Translate to help you read a literal translation, why not!

Figaroscope (hardcopy not published July and August) is a magazine supplement in the Wednesday edition of le Figaro newspaper. the more “hearts”, the better the review! I find this to be the most comprehensive guide for restaurants as well.

This is what to look for:
On their homepage:
Click on “Spectacles”
Scroll down “Par spectacle” (literally translated as “by performing” instead of type of performances but you get the drift.
Click on “Danse Paris”
The next page presents a list of performances
Click on the title to find practical information and a map

Curious about a song?
I will be working in the kitchen, for example, with the radio turned on and playing throughout the apartment. If I like or am curious about the sound of the current song, I go into the computer and tune into FIP through the Radio France website.

The current artist is featured in the rectangular red block with the name of the artist, the song, the album and the year it came out. I think you will become addicted to this radio station!). FIP  is not available between 11 p.m. and 7 a.m. over the internet.

TV-Radio.com
“…is the leading European Leader for Broadcasting radio stations and TV Channels on the Internet….”
Their website is available in English. They give you two possibilities of listening to radio stations:
Scroll to “Focus on…”  or  “Listen to our clients”.
For those of my readers interested in Bretagne Sud (south Brittany) click on “radiOcéan”.

I recommend this one for concerts and services during the holidays. (For Easter they had two pages of Holy Week services (offices de la semaine sainte). When l’Officiel lists the concerts by day of the week, they begin the listing with the addresses of the theaters, churches and auditoriums (adresses des salles).

They have a complete listing of Paris markets (marchés parisiens)  listed by arrondissement with address, metro stop, days of the week and hours.

It also includes a television guide in the back. l’Officiel publishes a new edition every Wednesday, which is current until the following Tuesday night. Wherever you are staying, check out the local church bulletin board for concerts, often free.

Pariscope – no longer publishes the weekly magazine as of October 2016.

You really have to search the Pariscope Facebook page for information. You can also find them on Twitter: @lofficiel @Pariscope_ .

You can use the application available in Apple Store and Google Play. More on the Pariscope Facebook page.